This week, come experience as The L. Palmer Chronicles unites the Pendant of Mystery with the Golden Shark of Spectacle to open up a portal through the universe to bring you a member of The League of Scribes. Frank Luke grew up in Oklahoma, met his future wife at seminary in Missouri, and now resides in Iowa with her. They have two young boys who keep them busy. They are associate pastors at a small church outside Knoxville, Iowa. While he earns a living as a web developer, she takes care of the house and boys. He writes fantasy and science fiction to explore God’s truth in fantastic ways. He finds such story-theology connects with readers in both their head and their heart.

I one day want to be a member of the Evil Legion of Evil Authors. The name’s all in fun. Really, they’re all great people. The International Lord of Hate is a guy that anyone would want to have dinner with. Their Grand Inquisitor is a man of grace and empathy. The Beautiful but Evil Space Princess decorates with way too much pink. Okay, the Supreme Dark Lord actually does revel in causing havoc, but he’s the exception. I chose the name because I’m a pastor and a Christian fantasy author. A pastor in fantasy is a cleric, and black robed because it’s a reference to the ELoEA.

A Sample of Frank Luke’s Work: Joshua’s Pawn Shop and Lou’s Bar & Grill are companion series of short stories and novellas. At Joshua’s, people get a second chance to make right something that went wrong. Lost objects connected to a past or present mistake have a way of appearing just where they can be found. Though only “The Buick Eight” is available, there are seven stories planned, one for each of the cardinal virtues and heavenly graces. At Lou’s, the staff takes a different approach. The stories revolve around the seven deadly sins, and each customer is tempted with their weakness. Wrath, sloth, greed, envy, lust, pride, and gluttony, the staff caters to what the client is most likely to grab hold of. Some customers win, some lose, but it’s always their choice.

People who love Christian adventure with serious looks at life’s questions. My stories entertain, but, as with any piece of fiction, there’s a message. The message does not get in the way of the story, but it’s there. Rebirths speaks to everyone who feels that they have gone the wrong way and can’t get back. God isn’t finished with you and hasn’t given up. You can return. My stories resonate well with men, but I’ve also received fan mail from women, not all of them Christian.

It’s unfortunate that Christian men don’t read as much as women. I think this is because many of the books aren’t aimed at them. I write what I’d like to read, adventures and supernatural happenings, and even though I wrote them, I am still entertained by them. I know some authors who can’t do that.

The seven deadly sins. I had written the first Joshua’s Pawn Shop story, “The Buick Eight,” and had the inspiration for Lou’s series at the same time, but I didn’t have the unifying theme. I wrote “Crazy Moon” in a short period of time and planned four more. Then I started to sketch out the other stories. As I wrote the 15-word nugget for “Sixes Wild,” I realized it was a story about sloth – people trying to get what they haven’t worked for. “Crazy Moon” was an obvious wrath story. That was two. It leapt into my mind to do not five but seven, with one story for each of the seven deadly sins. I think the funniest thing about the set is that sloth is noticeably the shortest and gluttony is significantly longer than the others. Gluttony just would not stop.

I had to think quite a bit about this, but finally I realized there is a movie that Seven Deadly Sins Tales can be compared to. Twilight Zone the Movie. Seven Deadly Sins Tales features different people going to the same restaurant, Lou’s Bar & Grill. When there, they get to make a deal for their fondest wish. The stories all have a surreal element like the Twilight Zone series and movie. While each episode of the TZ movie was a standalone, these are connected by the locale. They aren’t connected by a protagonist, but two antagonists appear in each and a third villain is present in most of the them.

Do you use music while writing?

If so, what music do you use? Is there a theme song for your book? Sometimes. It depends on the genre. When I’m writing a western, like “Snake Oil Man,” I like to have Marty Robbins ballads playing. But if it’s a fantasy battle scene, then I look for the LOTR soundtrack. 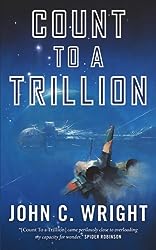 I just started reading John C. Wright last spring, but I think his influence shows in the finishing touches of “Snake Oil Man” and “Changing Ways.” “Fun & Games” (forthcoming) is influenced by CS Lewis. Even though Ravi Zacharius doesn’t write fiction, his thinking heavily influenced Rebirths, especially the third section, “Once Called.” Rebirths even shows influence of two authors who couldn’t be more diametrically opposed: GK Chesterton and HP Lovecraft. I enjoy the writings of both of them. GKC saw the joy in everything after he was converted. If you know Lovecraft, you know joy is the last thing he wrote about. But they both influence the book, and their proxies even debate their views in one scene.

If you were conquering the world, what fantasy creature would you build your army out of? Why?

You’re asking the Black Robed Cleric that? I’m laying siege to the castle with an army of skeletal minions, ghouls, and ghosts. And there have to be wraiths. I don’t like zombies. They shed too much.

I have always wanted to write for as long as I can remember. And I’ve written stories off and on all along the way. I stopped for several years, but finally, I realized I could not avoid writing. And if the story is worth writing, it’s worth other people reading it.

I’ve tried both ways and found my sweet spot is somewhere in the middle. If I plan the whole story, it’s boring for me to write. If I go full-on, seat of the pants, I go off on tangents that really shouldn’t be. I have to have two parts of the story: the beginning and the ending. I know where to start and where I want to end up. I sketch out the scenes very briefly, like a sentence for each scene. I then work from those points but rarely in order. As the muse strikes me to write a scene, I write that one.

Write. If you aren’t writing, you’re not a writer. Set a goal for the month and write towards that. Work so that you don’t have to rewrite.

To explore the worlds Frank B. Luke has created, check out the book below:

To Interact with Frank B. Luke online, check out the links below: