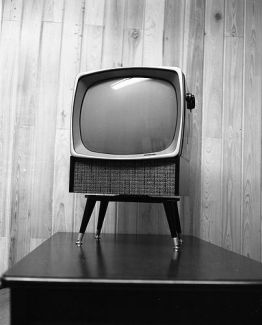 Thanks for eveyone who’s checked out the previous posts, and today we have the Final Category:

And the Nominees Are:

Though one of two freshman in this pack of shows, Brooklyn Nine Nine already gels together like a longer running show. The characters feel as if they have known each other for years, and each is given a full and dynamic life beyond their apparent stereotype. I wasn’t a huge fan of Andy Samburg on Saturday Night Live, but this show uses his youthful shenanigans to good effect, while also making him a functional cop.

The show works best when pulling the excellent straightman, Captain Holt (Andre Braugher) into the shenanigans of the rest of the office. My favorite character is Rosa (Stephanie Beatriz). She reminds me of many high school students I have worked with. I don’t think it was ready to win the Golden Globe for Best Comedy, but I do think it deserves to be a contender next year. If it builds on its already great foundation, it should at least be nominated for an Emmy next year.

For a sample episode which demonstrates everything that makes this show great, check this out:

Parks and Recreation is one of the greatest examples of world building on television. The entire city of Pawnee, Indiana is created with reoccurring characters, such as the beloved miniature pony Lil’ Sebastian, and places, such as J.J.’s Diner, where the best waffles are. Over the course of the past six seasons, this bubble of a town has gained a deep mythology. If you don’t believe me, see this book.

Season Six brought everything which makes Pawnee great into a great climax. At its heart, this show is about Leslie Knope trying to make Pawnee a better town, and Pawnee shoving her to the side to keep their child-size (as in actual size of a toddler) sodas, infestation of raccoons, and Paunch Burgers. In all this conflict, it remains true to the caring relationships and growing characters. I am always impressed that the characters genuinely like each other, yet there is plenty of ridiculousness to around.

As a sample, here is my favorite clip from the entire show:

The second freshman series on this list, and this one is dangerously addicting. While somewhat ridiculous – Ichabod Crane, a Revolutionary War hero wakes up in modern day, and joins forces with kick-booty police lieutenant Abby Mills against the forces of The Apocalypse – the show works. It remains grounded in the buddy-cop chemistry of Mills and Crane, in Mills’ skepticism mixed with Crane holding onto his old-fashioned manners.

I almost quit after the first beheading, but the rest of the show is far less gruesome. There are monsters and demons, but nothing too frightening. Instead, the show plows along full force, embracing its premise without apology, and mixing humor with drama and danger.

As I have said before, this show is a great descendant of Buffy The Vampire Slayer.

If you are a long time follower of this blog, you probably have realized I rather like Doctor Who. In its best episodes, it is witty, heartwarming, and frightening all in one story. In its worst episodes, it is a bit cheesy or self-important, but still with enjoyable moments.

The first half of season 7 feel like a long time ago. The send-off of Amy and Rory as The Doctor’s companions was excellent and heart-breaking. I looked forward to Clara with great anticipation and then… The writers couldn’t figure out who she is. The second half has great moments and episodes – and the Anniversary Special, as well as weak episodes… but do these balance out to the best show on this list?

It’s definitely the best show with spaceships… and dinosaurs…

If you haven’t traveled with The Doctor across all of space and time in his TARDIS yet, but you are a sci-fi/fantasy fan, go explore. (The episodes should be on Netflix and Hulu Plus). Here’s my Doctor Who starter kit.

Any time Arthur Dent/Bilbo and Khan 2.0/Smaug hang out together is a good time.

Actually, the first episode was pretty good, with an okay mystery, but more focused on the buddy/romantic comedy reunification of Holmes and Watson. The second episode was excellent – moving at a quick speed, the mystery very classic Holmes, while also interspersing with the personal lives of our heroes. The third episode was… weird. I never fully understood the villain, and never found him to be threatening. Creepy? Yes. Well-acted? Yes. But threatening? No. The solution at the end was a clear cop-out, and a demonstration of the show’s sometimes self-importance… which, given this being a problem in Doctor Who, might be a Steven Moffat problem.

Note: I really do like Steven Moffat, despite this tendency toward grandiosity now and then.

Okay, so Korra can sometimes be hot-headed, and could improve her decision making, but I mark that down to the need for her character to grow. Also, she has a polar-bear dog. (And there are flying buffalo. Awesome.)

And the winner is….

Each of the characters are full-fledged people with their quirks and oddities, and the show has many great one-liners. Many come from the wisdom of Ron Swanson (Nick Offerman), such as, “Intensity: Give 100%. 110% is impossible. Only idiots recommend that.” Others come from the shenanigans of Tom Haverford (Aziz Anzari) and Donna Meagle (Retta), including “Treat Yo Self” Day. Even Ben Wyatt (Adam Scott), who appears grounded, can go off the deep end and make things like the Cones of Dunshire.

Every season, the writers have found ways for characters to grow as people, to fall in love, to marry, and progress in their career, while also maintaining their core self.This season, the writers had the boldness to push things along their natural progression [SPOILER] and have Pawnee kick Leslie out of office.

While many may have considered giving up at this point, thinking the writers had betrayed what the entirety of Season Five built up to, they then brought in the final episode of the season. [MAJOR SPOILER] Not only was there a Lil’ Sebastian hologram, but the show jumped forward three years to Leslie’s life as a Director for a National Parks office, and mother to triplets – because Leslie does everything to the max.

I just hope Season Seven lives up to the ridiculousness promised in the final episode of Season Six.

And, before we go, here’s the hologram:

Side Note 1: Doctor Who is a close second. However, I was too disappointed with the Christmas Special’s send off of Matt Smith and Clara’s inconsistent character to give it the top spot

Side Note 2: Speaking of spaceships, here’s the latest from J.J. Abrams’ latest video for the Star Wars: Force For Change fundraiser for UNICEF. That’s one fine looking X-Wing.