I am grateful for Facebook and other social media.

They have revolutionized the world.

In an instant I can reach out to long-time friends across the world who I rarely see in person.  I can see their weddings, their new children, their acceptance into college, their heartaches, their successes.

However, with all great things, there is a dark side.

Facebook is neither good nor evil.  How it is used determines it’s usefulness or time-wastefulness.

I am usually able to ignore the noise of random memes, “You must read this deeply moving story,” “You absolutely must read this piece of information that may or may not be true” announcements, apparently hilarious videos, “this is my political belief which conflicts with the political belief you’ll see next on your news feed,” and on and on.

I’ll admit I both participate in, and enjoy the clever, random comments and announcements, or the “Woot!  Check out this awesome, nerdtastic thing.”  This is how I first heard of many great things, like The Lizzie Bennet Diaries.

However, there is one meme which has lately become common, and obnoxious enough to note my attention.

I apologize in advance to any Facebook friends who are common offenders.  I still like you, and read your posts.

Yes, I do remember the two dogs and cat from Homeward Bound.

According to my sister Natalie, an expert on Dog Movies, Homeward Bound is the best dog movie ever, because everyone ends ups safe at home.

If I like this post, then am I part of an exclusive club which grew up in the 90’s and watched this movie?  Oooh…

If I do, then I will feel like the kid in the middle of class jumping up and down as they try to keep from spilling out all the answers.  This behavior is only becoming if you are Hermione Granger.

It reminds me of my one day in a theater class in college.  The professor entered, blustering through Bottom’s speech from Midsummer’s Night Dream.    A ripple of whispers ran through the room, each voice exuding with excitement as the name of the play was repeated.  Each person was superior to the others, for they knew the play.

It was a deeply false game.

Anyone who is taking an upper-division theater class on Shakespeare should know most of the famous monologues.

[As a disclaimer, I am sure there are very nice people in college theater classes.]

I try to avoid the “Ooh, I know more than you games,” except with my brother.

[This used to be a picture of Spongebob]

Unless you live with Patrick the Starfish under his rock, you should at least recognize Spongebob.

Are these supposed to be cute?

Are we supposed to be washed over by the warmth of nostalgia?

There are many things I remember from my childhood: Animanics, Batman the Animated Series, the streak of great Disney movies from The Little Mermaid through to The Lion King.  I even remember some 80’s cartoons such as Rainbow Bright.  I also remember several years when there was no TV in the house, and we lived without it.

Perhaps this meme would be better for remembering older, more obscure and historical things.

This image is from Sunrise, directed by F.W. Murnau, and is one of the greatest films ever made.  It is part of what I think of as the “1927 Club”, a group of great films that were released in 1927, but bombed because they were silent and sound was the new, cool thing.  Someday, this will be a blog post.

Like if you remember Robert Cornelius, a very handsome dead person.

Apparently Robert Cornelius is a great, but oft forgotten inventor from the mid to late 1800’s who invented the electric spark that is used to turn on your gas stove.

This beautiful lady is Aphra Behn, writer, playwright, and spy for Charles II while he was in exile.

While I enjoy a good Spongebob episode, there are so many other great things we can take a moment to remember.

Taking these in, I decided to do my own version of this meme on Facebook.

Here’s what I have so far:

Like if you remember what you had for breakfast.

Like if you remember brushing your teeth this morning.

Like if you remember where you put your keys. 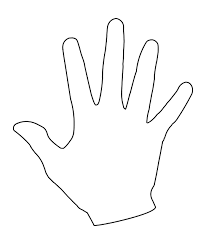 Like if you remember which hand is your left hand.

Like if you remember why you came in the room.

What do you think we should be remembering as a society?

What do you use Facebook and social media for?

Do you remember what you were looking for?  Maybe if you re-trace your steps, you’ll remember.