In March, as the world was speeding toward stay-at-home orders, my sister and I decided that the stars had aligned and it was time to fulfill one of my sister’s dreams.

It was time to get a dog.

And so Edward Thatch AKA Blackbeard the Cuddler (we just call him Eddie) joined our home.

Blackbeard the Cuddler fulfills the piracy of his namesake by stealing the hearts of all who see him through his adorable appearance. He is a master of the longtime canine maneuver of rolling on his side or back and providing the opportunity for his tummy to be rubbed. And that is how many cuddles are stolen.

He’s a gentle soul, despite his cuddle-stealing ways, and enjoys the company of his humans. A lot. And sits close to them. A lot. And, really, just wants to be loved.

But when he ventures into the great outdoors, the fearsome pirate dog arises from within. He leaps and bounces at the joy of seeing another dog, at the excitement of a deer who might become his friend, at a stream he can splash in, at a stick he might carry as his proud bounty. He also demonstrates goat-like prowess when leaping up rocks. 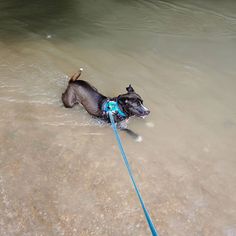 And this is how, last Thursday night, while on a walk in a small state park nearby, his keen pirate dog eyes spotted something afar off of great interest. Though he wore leash and harness, he bounded forward, pulling the leash from my sister’s firm grip, leaped up a stack of rocks about 12 feet high, and began to venture into the wild lands full of oak trees and other shrubbery. My sister called for this dog, and he turned his head once. But the call of his inner pirate beast was too great, and he ran further in and disappeared.

My sister called me as she searched and called for the dog for a long time, the evening falling to pitch black. But, Blackbeard the Cuddler had become a ghost. We posted on social media and arose before dawn and posted photos of this notoriously adorable pirate at the park, with the help of a good and loyal friend.

Within an hour, we had multiple calls of this wild pirate dog bounding down the road and back to the park. They sought to catch this beast, but, much like his namesake, Blackbeard the Cuddler proved to be elusive. At last, a brave park staff member caught the temporarily wild hound and brought him inside to give him water and food. They then called us and we quickly returned and collected our 12-hours lost pet.

When we arrived, he was covered in mud and smelled of pond scum, a good smell for a pirate dog, a bad smell for the drive home. The park staff were kind and helpful, understanding of how the maddening call of things in the wilderness can drive madness into the hearts of pirate dogs, leading them to leap away. And, he told us not all dogs return from such adventures, which is a good reminder this is a very fortunate dog. 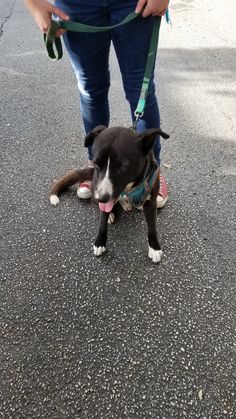 We returned Blackbeard the Cuddler to our safe harbor of home, but subjected him to the torture of a bath. He followed this with hours of sleeping, his body clearly sore the few times he walked, the fearsome pirate dog subdued by exhaustion and returning to the stealer of many tummy rubs.

As we watched him sleep, and provided periodic tummy and side rubs, we pondered what adventures this dog had endured during the night. 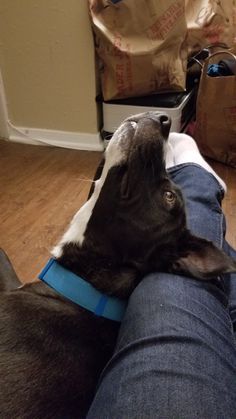 This is what we imagine happened:

Blackbeard the Cuddler bounded off into the wilderness, enthralled with the bounty of smells and exciting things to look at and poke. After a while, he looked back. His person was not there. And it was getting dark. But, he did not know where she was.

So, he pressed on, his nose leading the way. There was a small puddle to roll in and a trash can to gather dinner from. But, it was getting dark, but not cold (because this is South Texas in June, y’all). This is when he normally would be lying in bed, his toys pressed around him, his person close enough for him to poke if needed. However, he was in a dark, unfamiliar place. 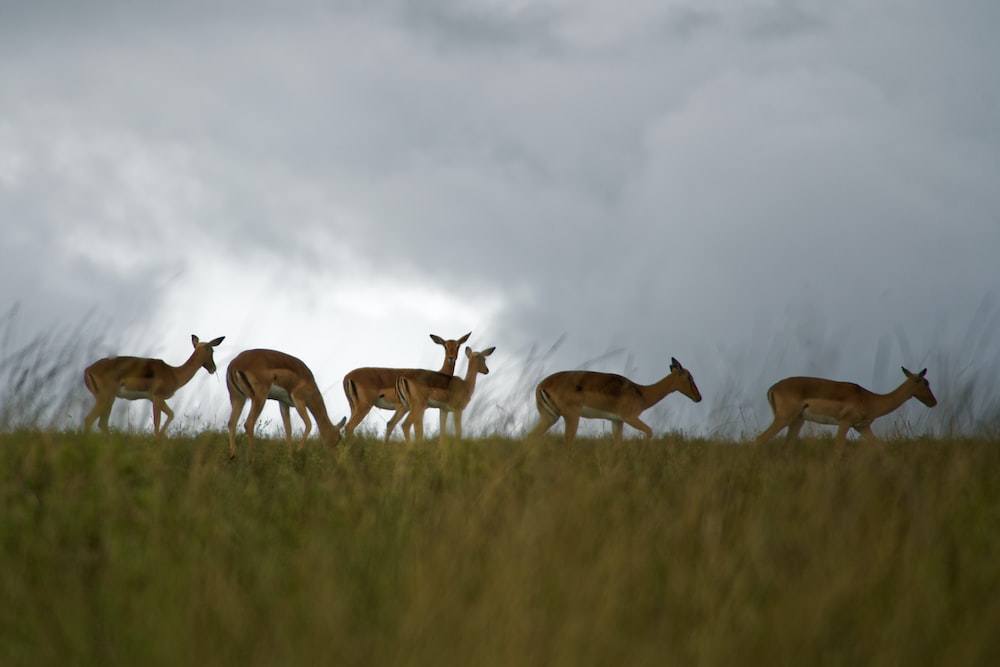 Note: This stock photo is not actually of deer from South Texas.

Voices whispered through the woods, and so he followed till he came to find a group of tall, slender-legged creatures standing together in the moonlight. He believed his person called these “deer”. His eyes met those of a deer who had been running alongside him a few nights before, who had seemed to want to befriend him, but had not approached.

“There you are,” the deer said. “I am Lonestar the Fierce, and this is my band. We are the Pirate Deer of San Antonio, protectors of the forest, marauders of foliage.”

“I am Blackbeard the Cuddler,” our canine hero said in his bravest (which is not very brave) voice. “I am a pirate dog, stealer of many snuggles.”

“We deer are not the snuggling kind,” Lonestar said, raising a hoof. “But, we are sisters to a pack of raccoon bandits, who are masters of stealing garbage. They might be able to better pat your head, but they are not ones to provide snuggles.”

Blackbeard the Cuddler nodded, taking in the answer, his longing for his people growing.

“We have need of a dog of your talents,” Lonestar said. “Who can hear and smell any danger. With the help of the raccoon bandits, we can bring you all the food from garbage you desire. You would be a valued and worth member of our crew.”

Blackbeard the Cuddler contemplated this offer, remembering his days as a wandering dog before entering the cold cement walls of a shelter. He had been a wild and free dog once. Though, the home he had gone to was quite pleasant, with soft beds and food available twice a day, and so many pats and tummy rubs. But, he had left his person behind in the blind fervor of a moment and may never find them again. Being part of a pack was better than being alone.

And so he nodded once more.

Lonestar and her herd bounded into the forest, Blackbeard the Cuddler bouncing alongside them, one together as they traveled doing as pirate deer do. There was a meeting with the Secret Unicorn of the Hill Country and a near run-in with the dragon Buck, Keeper of the Brisket, but the night was full of running and adventure, with no time to worry about the things Blackbeard had lost. 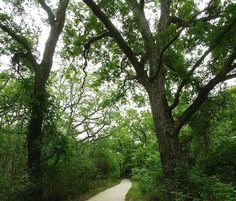 Yet, as the sun rose, a loneliness came over Blackbeard the Cuddler and a longing he could not deny. He looked to his deer friends, and thought to ask for his one true desire, but with their hooves limbs, they could not provide such comfort.

This was not where a dog of his true heart should be.

“I must go,” he said, not even waving his tail goodbye as he ran. He bounded down the highway, passing a school, and speeding toward the park where he and his person had parted.

As he arrived, many hands reached for the leash trailing behind him, but he dodged and weaved, not knowing these faces, his tiredness and confusion growing. A man gripped his leash and took him to a room away from all else. There was food and water, which made things better. However, he did not know this man. This was not the safe place he longed for.

But then, the door open and it was both of his people standing there, come to free him from this strange prison and return him home. He whined with joy and they patted his muddy head. As he got out of the car in the familiar parking lot, his legs were sore and his tiredness washed over him, so he limped into his home. There was a foul bath, but this, this was followed by the greatest joy of all, the one bounty no pirate deer or wilderness adventure could provide.

Blackbeard the Cuddler was given a tummy rub.

And we are 90% sure that is what happened to our dog during the 12 hours he was gone.

He is home safe now, making writing this a little harder because he keeps informing me that my hands were better meant for cuddling than typing. 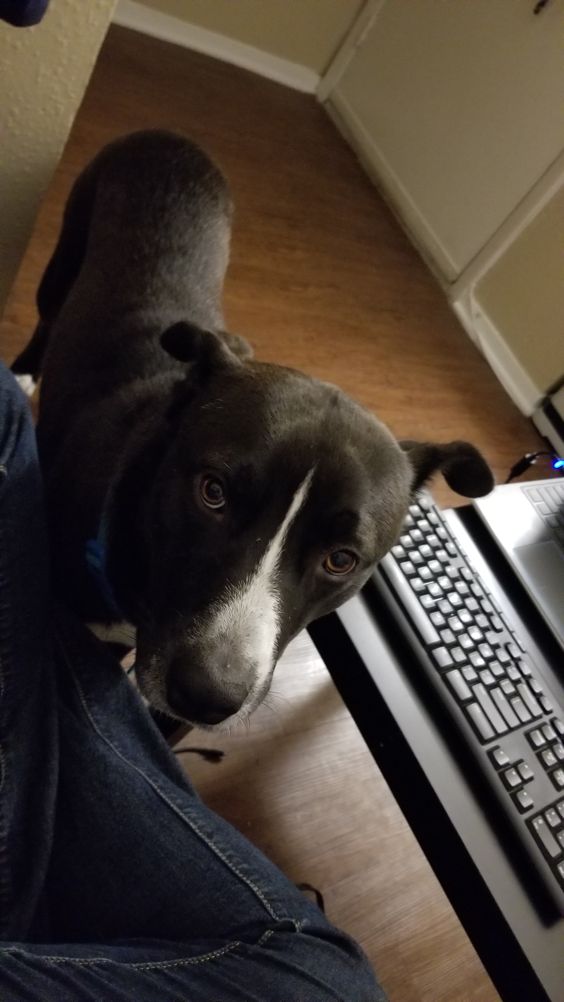 It was clearly a scary night for him, but we are grateful to everyone who helped find him, including those who sent prayers. He’s very lucky to be home and not living a new life as part of a herd of pirate deer. 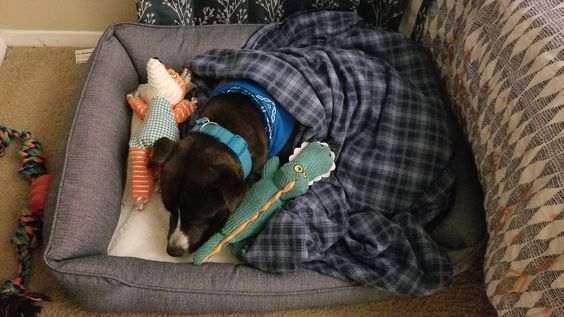 3 thoughts on “The Adventures of Blackbeard the Cuddler”