Each week, The L. Palmer Chronicles uses the Epic Laser to open up a portal through the universe to bring you a member of The League of Scribes. The publishing business is a smoldering mess, unfortunately, tainted with poorly edited vanity works and uninspired copies, making it really difficult to scream above the noise and get noticed – especially when you’re self-published. He set up a small publishing outfit comprised of himself and the two dogs that sit watching him (because his wife and kids didn’t want to help) and called it Grailrunner. The idea is, whether it’s himself or a small handful of really good authors he believes in, there are works he views as treasures that need to be smuggled into the mainstream. ‘holy grail’ + ‘gunrunner’ = ‘grailrunner’

Brian Bennudriti has degrees in Physics and Business. He’s taken a nuclear reactor critical, piloted a destroyer, slept in the Omani desert, negotiated multi-million dollar acquisitions, run two companies, provided strategic and management consulting across the United States and traveled around the world in every hemisphere. He’s a plankowner on the aircraft carrier, USS Harry S Truman and has made a lifetime study of religious beliefs and mythology. Brian lives in Kansas City with his wife, two children, two dogs and a lizard. His first book, ‘Tearing Down The Statues’ was published in 2015.

A Sample of Brian Bennudriti’s Work: Tearing Down the Statues

‘Tearing Down The Statues’ is a science fiction saga in the tradition of ‘Dune’ or ‘Foundation’, grounded with a young fellow named Misling. Tragedies like Pearl Harbor or September 11th can bring out the best in our character – this novel reflects on what happens should a nation lose its character first. It’s a grand adventure story in a fantasy world reflecting our own, peopled with lost characters longing for spiritual connections in the chaos after a tragic attack.

Misling is a Recorder, having perfect recall and expected to help build a seamless record of history. That’s what the Salt Mystic taught us two thousand years ago when she came stumbling from the flats with her visions. Unfortunately he’s probably the worst Recorder ever. So when he meets a joker with an incredible secret, the two of them are soon on the run from swarming lunatics and towering assault troops in the heart of a city under siege.

As it has for three generations, the horrible Talgo family is the spark of this swelling world war; and their wily generals and scheming counselors clash their fleets in battles of shrieking steel-entrained tornados, cannonballs of lightning, and tanks the size of cities. But it’s the joker’s secret that is the most powerful weapon of all…a trigger set by the Salt Mystic herself in myth, to save the world from itself.

I love a good read with snappy, but believable, dialogue, interesting & maybe quirky people that stick with you after the book is done, huge ideas that make you put the book down and scratch your chin, and that moves quickly. So I wrote one. Any science fiction fan who loves big empire stories or military science fiction, who goes to Comic Con or watches ‘Big Bang Theory’ or who wishes they hadn’t canceled, ‘Firefly’ should enjoy themselves with this one.

I was with some friends in a rock gorge in Oman, jumping into a creek and messing around in the desert. We were Navy guys on liberty from the USS Thorn, a destroyer, and we were pretty wound up. For whatever reason, I was missing John Wayne westerns. Then I had this image pop into my head – a guy in a tattered Civil War costume slamming open the swing doors to a saloon and everybody being terrified of him. But he didn’t have a gun. All sorts of questions kept me bothered about him – who he was, why he still wore that uniform, what he had against the people in that saloon, but most of all…what were they afraid of? That was the first image that ever popped up for me that turned into this novel.

I suppose the first Star Wars movie, ‘A New Hope’; and I say that because it was fast, had some very cool mystic things going on in the background, made you want to step into the story, and stuck with a grounded farm boy amid all the spectacle.

No music for me because I get so distracted when I’m trying to think. Sometimes, I have to jump up and act out a scene to get a feel for what a character might say, which the dogs enjoy. There’s one scene in the book though, where some kids are high up on a building wall watching the city burn in a terrible battle; and I swear I could see the camera pulling back and hear Snow Patrol’s, ‘Chasing Cars’.

I can hear Harlan Ellison’s voice sometimes when I’m writing, criticizing a lack of originality or impact. Frank Herbert’s, ‘Dune’ and the first two sequels stand as some of the most amazing works I’ve read. Nick Hornby and P.G. Wodehouse make me jealous at comic narrative and funny dialogue. M .John Harrison may drift off into stream of consciousness sometimes, but when he’s good, he’s mind-blowing, especially, ‘The Pastel City’. I’ve also spent a lot of time peeking into why Mervyn Peake’s, ‘Gormenghast’ and Charles Dickens’s, ‘Pickwick Papers’ have such good and interesting people.

Love this question. The Borg from Star Trek: Next Generation, the show version, not the ridiculous movie version with the queen. They adapt to whatever you throw at them, assimilate you into their forces, and incorporate whatever weaponry you brought to the fight. We’re gonna sharpen up their firewalls though, maybe hire a few Romanian hackers to work on that.

Easy – space dinosaur. You never know what you might run into out there – will need some protection.

Oh, that goes way back. I’ve scratched down stories and poetry since I was very young – all sorts of embarrassing things I’d never let see the light of day. When I started traveling more for work, I had a lot of downtime in hotels and thought it was time to get serious.

I’ve tried mapping the story out – never works out the way you’d thought once everybody starts coming to life. They just get different ideas than you do. I guess I’m a hybrid then, because I have flash images of major events and know the general direction, but overall let the folks talking go wherever they might go.

It’s too easy to get lost in the social media feedback or exhausting marketing, worrying about what’s going to sell, and trying to dovetail with whatever is the next thing going on in the world. Jettison all that and enjoy yourself – that’s why you got into this in the first place, right?

8 –  I need to be comfortable having my kids read anything I write. My son, especially, has been intrigued by the idea of dad putting out novels. He’s almost thirteen though, so this isn’t a kid book – plenty of violence, though no sex or profanity. 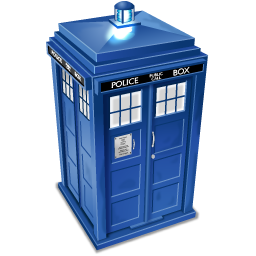 Really easy question – I want a TARDIS. Anywhere in time and space, bigger on the inside, and basically anyone you want to hang out with would never turn you down should you ask them to travel with you.

To explore the worlds Brian Bennudriti has created, check out the book below:

Tearing Down The Statues

To Interact with Brian Bennudriti, check out the links below:

2 thoughts on “The League of Scribes: Interview With Brian Bennudriti”